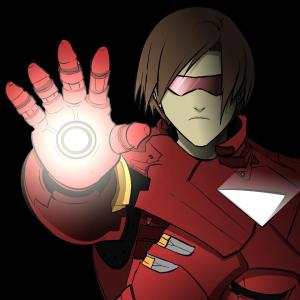 Bio: MJ Knight began his online career/passion around mid 2007 after seeing what his Brother, The RandomDCE & Nostalgia Critic did with their videos on YouTube and he used them as his inspiration.  He says:”I saw what my Brother and Mr.Walker with these large than life personas, my opinion, and was just blown away by the creativity.  I said, I want a piece of that!”

They say most people got their start on Knight Rider.  That’s very true in MJ’s case as on December 19, 2007, the very 1st issue of Knight Watch was uploaded to YT and he would continue to do this until October 2012 when he felt that on the 30th Anniversary of the show that then was the perfect time to bow out from the franchise.

His shows vary from Movie reviews, to q&a’s as he was inspired by John Cena’s “5 Questions with the Champ”, to his longest running Wrestling review series that he co-ordinates with Oni Rokaku in RawDown Rebound.  He also reviews games when he can with “The Memory Card”.

He takes time and care with attention to detail especially in his movie reviews and is always looking to improve and evolve what he does because he believes that you have to evolve/adapt/roll with the times or you’ll become stagnant/stale/irrelevant and left in the past.

He believes perfection is only a state of mind and that nothing is perfect and yet he makes a point of making sure what he puts out is absolutely in place or he just doesn’t bother.