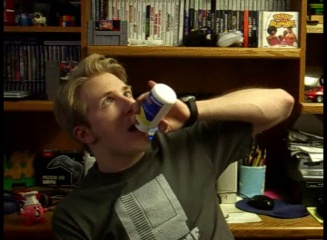 Bio: One day on the internet, yet another person who has gamed most of his life wanted to talk about video games after being inspired by others. He came up with the notion that since he was blonde, a guy, and a gamer, he would be known as Blondeguygamer, or just “Blondy” as his fellow RCG friends nickname him. Fortunately, more creative effort is put into his game reviews that cover a wide range of platforms and genres he owns and plays respectively.

While Blondeguygamer started out reviewing mostly slightly obscure games, he eventually focused on games that can be considered black sheeps, in a series or otherwise, for “Black Sheep Game Reviews.” Other shows include covering lesser known sequels for “They Made a Sequel?” and is currently working on a retrospective for the North American releases of Namco’s Tales of series.

He’s also the only member as of this bio description to have a Sega CD and a Turbografx16, the former of which other members have been giving him games for, which have been mostly FMV games. For better or for worse.